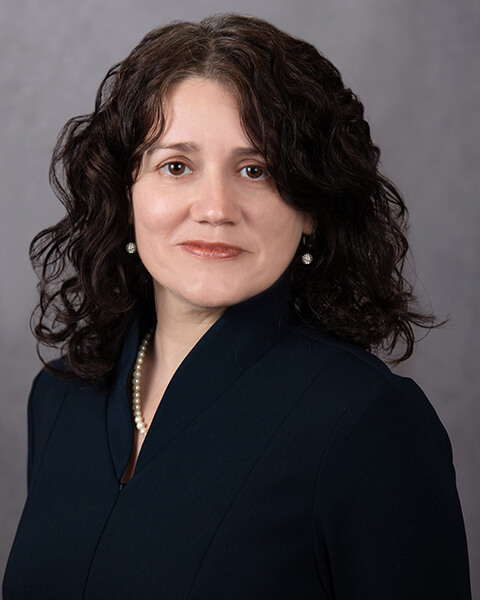 Lissett is a passionate and experienced advocate for families and individuals in transition, from marriage to divorce, birth of kids to death, and disability to aging.

Prior to starting her own practice, Lissett served for nearly a decade as a dedicated senior court attorney to a judge presiding over a matrimonial and then guardianship part in New York State Supreme Court. In that unique capacity, she was involved in hundreds of matrimonial and Article 81 guardianship matters, developing unparalleled insight and breadth of knowledge in these highly specialized areas of the law. As a solo practitioner for nearly five years, Lissett continued to focus on elder and family law matters on the other side of the courtroom. In 2019, Lissett joined Meenan & Associates as a Partner and grew its matrimonial and elder law practices.

Lissett’s approach to her clients and cases is informed by her experiences on both sides of the courtroom. Having had an insider’s view of hundreds of contested divorce and guardianship cases while serving as a court attorney, she is committed to helping her clients fairly and amicably resolve their differences in the first instance. For those cases where court intervention cannot be avoided, Lissett brings her years of experience as a fierce and skilled advocate to achieve the best possible outcome for her clients. This balance of negotiation and litigation skills has helped Lissett be successful in helping clients resolve their legal issues.

Lissett is certified under Part 36 of the Rules of the Chief Judge to serve as court evaluator, counsel to guardian, guardian ad litem, and counsel to an Alleged Incapacitated Person. She also serves as a trustee of various special needs trusts, providing compassionate and effective financial management to disabled beneficiaries.

Lissett is a leader in various bar associations. She serves as Recording Secretary of the New York Women’s Bar Association (NYWBA), as well as a Co-Chair of its Elder Law & Disabilities Committee. At the NYWBA, Lissett is active in the Guardianship Diversity Initiative, a project aimed at increasing diversity in the pool of people eligible for court appointments in guardianship proceedings. At the New York City Bar Association (NYCBA), Lissett is a member of the Legal Problems of the Aging and Small Law Firms Committees, and chairs a Lawyers’ Networking Group. Lissett is also a member of the Elder Law & Special Needs Section of the New York State Bar Association (NYSBA) and of the National Elder Law Attorneys’ Association. Previously, Lissett served as Corresponding Secretary of the NYWBA; a Co-Chair of the CLE Planning sub-committee of the NYCBA’s Legal Problems of the Aging Committee; and a member of the Office of Court Administration’s New York County Guardianship Advisory Committee and its Sub-Committee on Court Examiners’, where she assisted in planning a CLE for Court Examiners.

Lissett has lectured widely on elder and family law for bar associations, including the NYSBA, NYCBA, and NYWBA, as well as for private CLE providers such as Lawline and Rossdale. She particularly enjoys organizing and presenting workshops to educate community members and organizations on issues that affect families, the elderly and the disabled.

Inducted into Order of the Coif Honor Society (2003)

Recipient of Fulbright Scholarship to Mozambique (1999-2000)

Chapter Delegate to the Women’s Bar Association of the State of New York.