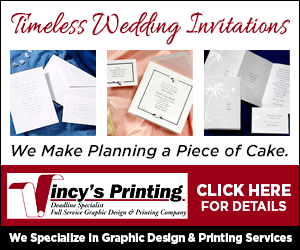 ALBANY — The state has agreed to pay more than $50,000 to end a federal civil rights lawsuit filed by a parole officer who accused top state officials of targeting him in a witch hunt after he testified about problems at the Division of Parole during a legislative hearing six years ago.

Wayne Spence of Long Island was among several parole officers who raised public safety concerns and testified about questionable parole policies during the January 2006 hearing before the Assembly’s Committee on Correction. The committee’s hearings were prompted by a series of articles in the Times Union that showed dangerous parolees were being left on the streets after repeated violations, including committing new crimes.

03:08
Spence, 46, and several other parole officers also accused top officials in the agency of abusing their authority by issuing administrative subpoenas to obtain the officers’ email, telephone, banking and outside employment information. The Division of Parole was merged with the state Department of Corrections last year.

Spence was suspended by the agency in 2007 as officials sought to fire him. His job was later reinstated by an arbitrator. He filed a federal lawsuit in U.S. District Court in Brooklyn alleging that top parole officials had retaliated against him for his testimony. A month after the Assembly hearing, the agency revoked Spence’s status as a firearms instructor and pursued him for time-and-attendance conflicts related to a second job he worked at a child protective services agency.

The federal lawsuit was filed against: Anthony Ellis, a State Police deputy superintendent who currently oversees internal affairs for the State Police (at the time, Ellis was director of the state Division of Parole); Theodore Cook III, a former State Police staff inspector who headed parole’s internal affairs unit under Ellis; and Jose Burgos, a former director of human resources for the Division of Parole. All three were represented by the state attorney general’s office.

Two months ago, the state moved to settle the lawsuit days before jury selection was scheduled to begin in Brooklyn.

The settlement agreement filed last week in U.S. District Court calls for Spence to receive $50,000 and for the state to pay his attorney’s fees. Spence’s attorney, Colleen M. Meenan of New York City, told the court in a recent letter that her fees and costs exceeded $300,000.

“I’m glad to to put this behind me. It’s been arduous, and hard on me and my family,” Spence said. “My kids were a bit scarred by it and me having to be out of a job and without protection.”

Peter Cutler, a spokesperson for the state Department of Corrections and Community Supervision, declined comment.

The Times Union, in a series of articles beginning in April 2007, revealed the agency’s use of subpoenas to access the private information of parole officers. Some of the subpoenas were issued after earlier stories by the Times Union raised questions about parole policies that agency insiders said were endangering the public. Union leaders for the parole officers said the subpoenas were used to hunt down officers suspected of providing information to the newspaper.

State lawmakers held hearings but took no action on the agency’s use of administrative subpoenas to obtain personal information on the government employees.

Records showed the subpoenas were usually signed by the Board of Parole‘s chairman and used to obtain personal telephone records, Internet accounts or employee files from second jobs. From 2002 to 2006, the agency issued 31 such subpoenas, according to earlier data disclosed by the agency.

The subpoenas were issued at a time when the Division of Parole, under Ellis, had stepped up internal investigations and added more than a dozen officers to the agency’s internal affairs unit.

The lawsuit by Spence included allegations that parole officials used subpoenas, including some which contained forged signatures of the parole chairman, to obtain his time sheets from a second job as a child protective services officer for Nassau County. The lawsuit alleged the agency opened an investigation of Spence’s second job in retaliation for his comments before the Assembly committee about policies that required parole officers to spend about 80 percent of their time at their desks. The Division of Parole moved to fire Spence after it found an instance of overlapping hours between his two jobs.

He was out of work for more than four months before an arbitrator reinstated him to his job with back pay. The decision included a penalty of two weeks’ lost pay because of a conflicting time sheet entry related to one hour of work during a three-year period.

In a pretrial deposition in January 2009, Ellis said he and Cook initiated the investigation of Spence. Ellis said he didn’t recall whether he ever signed subpoenas for internal investigations, but did acknowledge there was abuse of the practice.

Ellis said he disciplined a parole supervisor who issued subpoenas without authorization to obtain personal phone records of officers. The matter was not referred for criminal prosecution, Ellis said in the deposition.

Ellis left the parole agency in February 2007 and returned to his State Police job.